A wristwatch is one of those elements of dress by which some people will choose to define you. Watches are like jewelries which can serve as timeless collections.

In today’s age when the current time or something close to it–blinks on every cell phone, laptop, microwave and dashboard, wristwatches are still vital. We are obsessed with time, paradoxically pursued by it and never having enough. Whether we are running late for a plane, dashing to a meeting or waiting for a friend on a street corner, we all share a universal mannerism: the reflexive wristwatch check. And seeing as how we spend so much of our lives rotating our wrists and checking the time, we may as well have something beautiful or cool or interesting to look at.

The appeal of a fine wristwatch goes well beyond mere time telling. Strapped snugly on the left or the right, watches speak of class, taste, functionality and, of course, punctuality. Beside neckties, they’re one of the few fashion accessories that reveal a man’s personal style. And a quality wristwatch can be passed down for generation

Watchbazar took a few from the list of fast growing Entry Level Swiss Watch Brands which are a must own and do not burn a hole in your pockets.

Tissot was founded in 1853 by Charles-Félicien Tissot and his son Charles-Émile Tissot in the Swiss city of Le locle, in the Neuchatel area of the Jura Mountains.Tissot introduced the first mass-produced pocket watch as well as the first pocket watch with two time zones in 1853 and the first anti-magnetic watch in 1929–30. 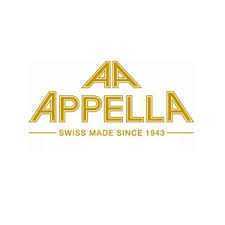 Appella was born in 1943 at Porrentruy, Switzerland. The brand was created by Jahre Paul Glocker, the legendary Swiss horologist and Chairman of EBOSA group. Since then Appella has dedicatedly kept pace with the changing tastes and requirements. Appella makes the Infinitus ‘slimmest Swiss movement with a height of only 0.98 mm along with the slimmest case 3.35 mm’. 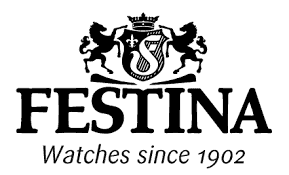 The company was founded in 1902 in La Chaux-de-Fonds,Switzerland. . In 1984, Cadiz(La Linea) entrepreneur Miguel Rodríguez, already owner of Lotus watches, bought Festina and created the group. Festina Lotus SAFestina is also known for its sponsorship of the Festina Cycling Team  from 1989 to 2001

The company was founded in 1919 by Paul William Junod (1896-1951) under the name of Milus Watch Company. With its watchmaking training, its creator sought early on to produce a watch that is both precise and elegant. 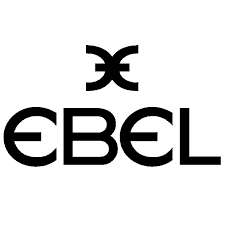 Ebel was founded in La Chaux-de-Fonds by Swiss industrialist and watchmaker Eugene Blum and his wife Alice Levy. In 1999, the Ebel luxury watch company was sold to the French luxury brands group LVMH; then in 2004, the company was resold to the American group Movodo.

The MIllion Dollar Club of Watches

Maestro and his Oyster Perpetual Day-Date 40

If Its Still Ticking….Has To Be Swiss

IWC Schaffhausen for 2020 has reworked its best se

The latest Big Bang Jellyfish marks the return of

The newly developed Caliber 3X22 used in the 50th