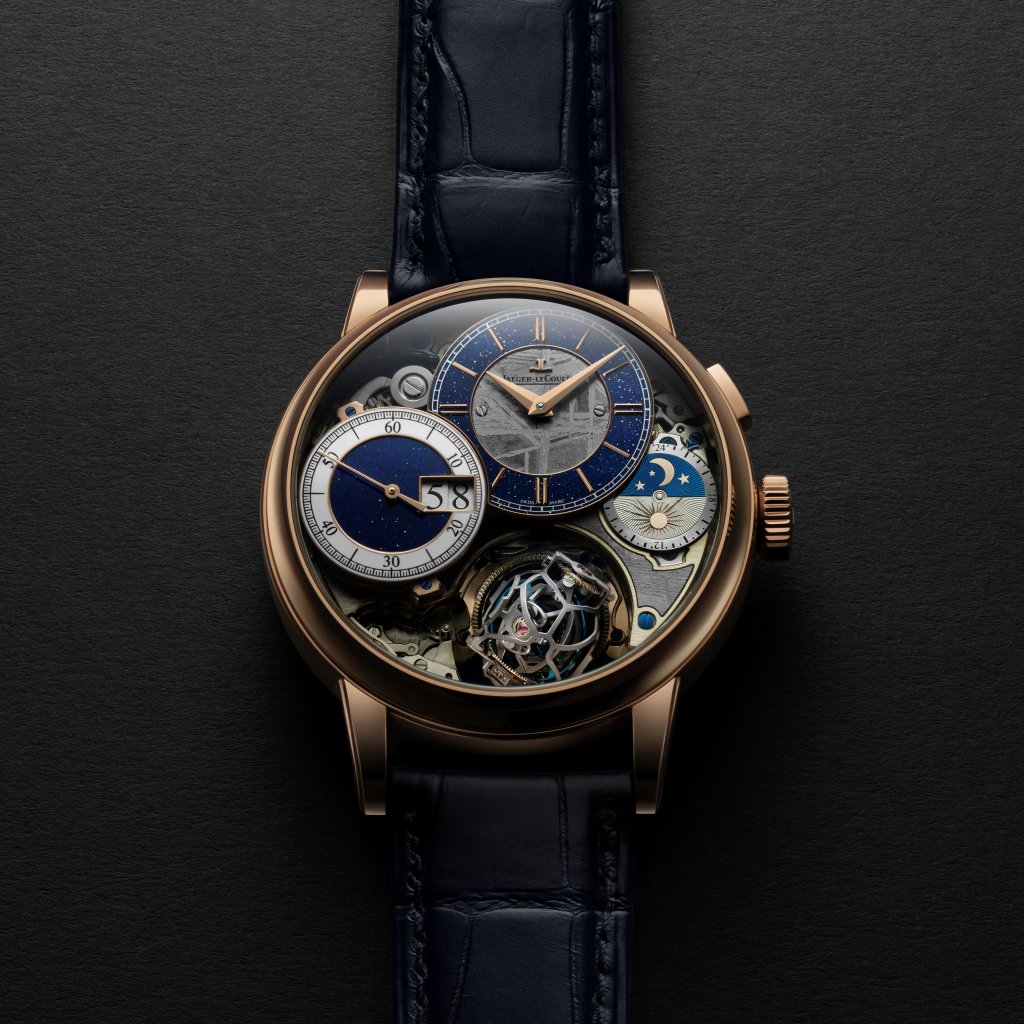 Jaeger-LeCoultre to mark their 180th anniversary in 2013 had introduced the Master Grande Tradition Gyrotourbillon 3 which was a manifesto of JLC’s savoir-faire and a truly mechanical marvel. The latest version of The Master Grande Tradition Gyrotourbillon 3 is itself at a new level and JLC has used the rarely seen craft of meteorite inlay and hand-guillochage, engraving and grand feu enamel with sophistication of the highest order.

Housed in a 43.5mm pink gold case the watch showcases mechanical  & artistic craftsmanship at its best. Watchbazar loves the insert of the Gibeon meteorite which was collected from Namibia. In addition to the meteorite inlaid on the German silver bridges, a disc of meteorite sits at the centre of the time display dial, surrounded by a ring of aventurine with applied indexes. On the chronograph display, an aventurine disc is encircled by a ring of white grand feu enamel, marked with elapsed seconds. The Day/Night display comprises a 24-hour plate on which two gold semi-circles are applied, one each for day and night. The white day section is well decorated with hand-guilloché, hand-engraved sunrays and an applied polished pink gold sun; the night section features applied polished pink gold crescent moon and stars, set on a rich blue background. All three dials are beautifully rendered with grand feu enamel. 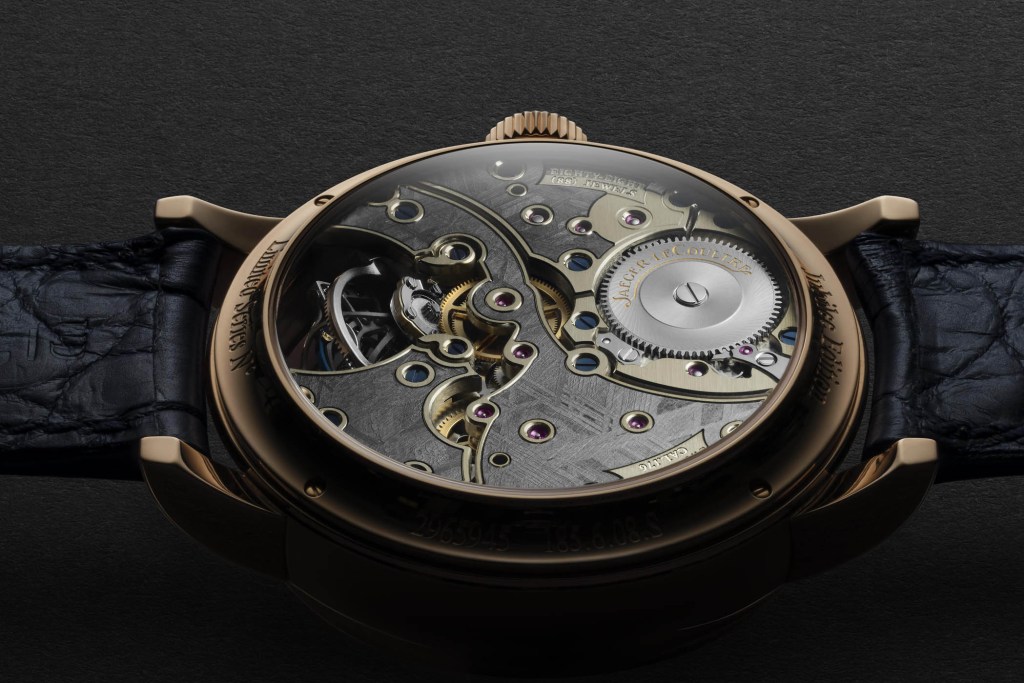 Hand wound calibre 176 incorporates a well designed digital chronograph, which displays the seconds on a traditional round dial and elapsed minutes on an instantaneously jumping digital counter.

Only 8 watches of Master Grande Tradition Gyrotourbillon 3 “Meteorite” will be available for sale post November 2019 for $550,000